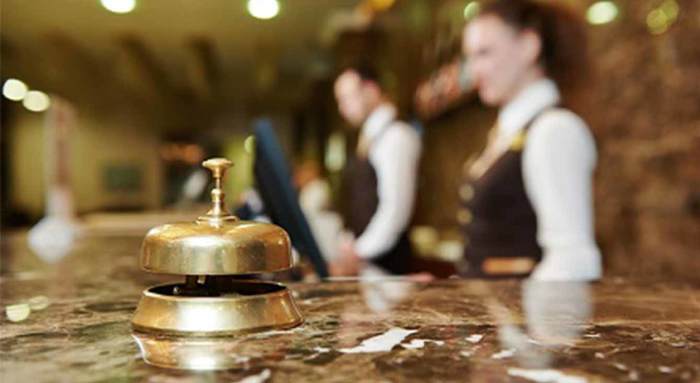 The pausing of the Trans-Tasman bubble has created a conundrum for tourism dependant businesses. Do I add staff, or are we overstaffed?

While the travel bubble is now on hold, it’s likely to be that way for some time based on the spread of the Delta variant in NSW and now into Queensland and Victoria. How that’s going to impact accommodation bookings into summer and tourism activities is still unknown. The unknown factor is what business hates as any business planning becomes increasingly risky. The travel bubble pause has already resulted in a 25% drop in available roles being advertised across the tourism, F&B, and accommodation sectors in July. For many of these operators they had just started to see growth return and the confidence to start hiring, and now the Aussie market has again been cut off and this time with no government support, placing many in in a difficult bind. Do they hold onto staff that’s just come on board and hope the market reopens or restructure again?

In July 600 jobs were advertised in Queenstown, down from 783 in June according to figures just released by jobfix.co.nz, this a significant increase from the 483 in 2019 and in line with the 593 in 2018. Last July however jobfix.co.nz recorded just 141 vacancies as the market recovered from lockdown.

Overall, the jobfix.co.nz year-to-date numbers are in line with last year with most categories returning to similar numbers as 2020. The notable exception is Food and Beverage where the struggle to find and retain candidates has become acute with open roles remaining unfilled for long periods due to a lack of candidates. Increased hourly rates, living wage salaries, sign on bonuses, accommodation support and utilisation of Ministry of Social Development incentives are all components the employers are utlising to build compelling staff packages and benefits programmes that will attract and retain staff.

While the overall numbers are similar to previous years the market however is all over the map and certainly the historical seasonality has not returned and is unlikely to do so until borders re-open and some level of certainty prevails. 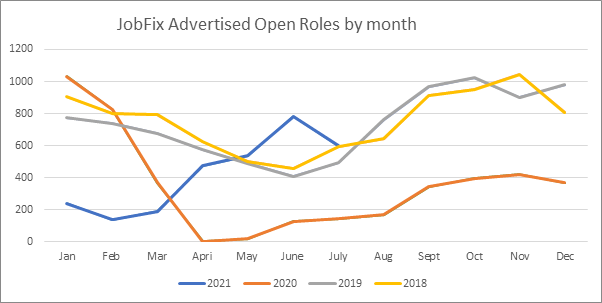