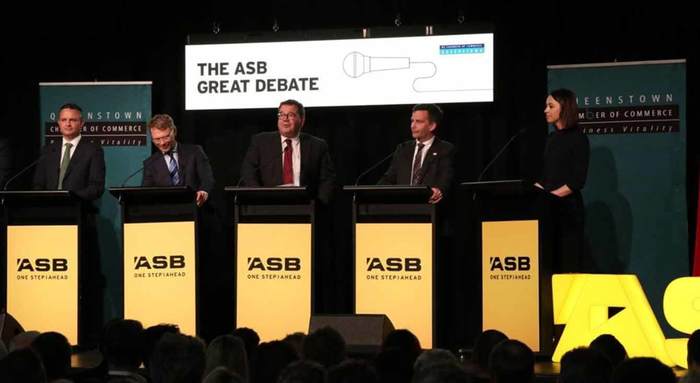 That was the question that faced political financial heavyweights at the high-spirited ASB Great Debate in Queenstown last night, hosted by Queenstown Chamber of Commerce.

Queenstown's mayor Jim Boult, in his opening address, reminded them of the situation facing the district, which has been reliant on tourism, particularly international tourism.

"It's no secret that our district is the worst affected district in New Zealand as a result of Covid-19", Boult said.

He highlighted the fact $1.9 billion has been "ripped out of our economy overnight". 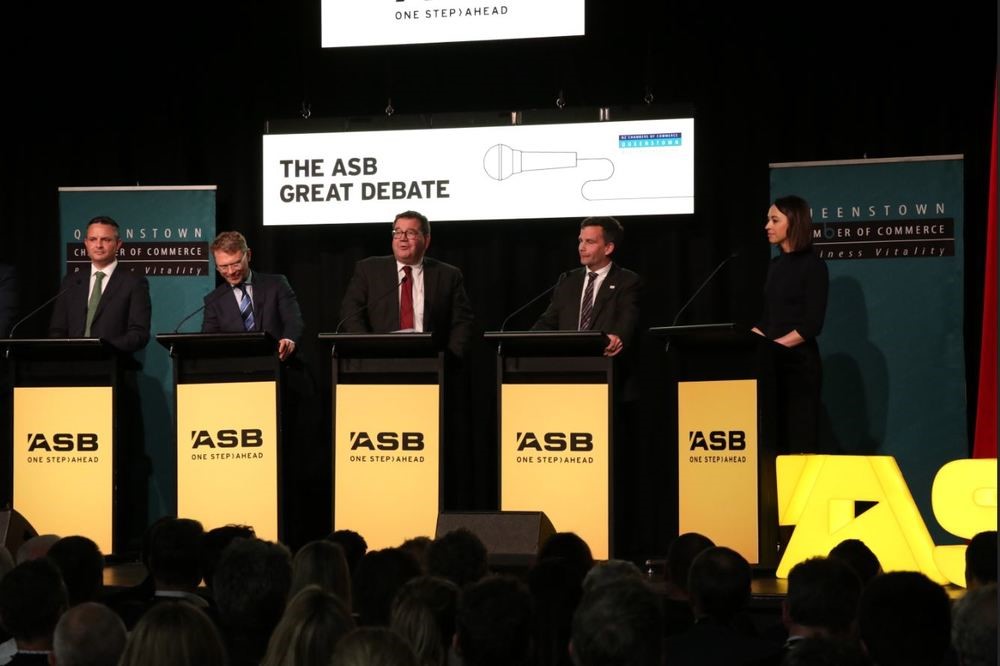 Both National and Act have proposed a shake-up of border controls, with private firms able to provide isolation facilities for tourists - "luxury lodge MIQs" as debate moderator and Newshub political editor Tova O'Brien put it.

Goldsmith said there was a gap between rhetoric and reality over the coalition Government's handling of borders.

He said the first step would be to restore confidence in the borders, with a proposal to test people before they come, establish a new border control agency and invest in Bluetooth tracking tech.

"Then we'd be a bit more pragmatic, allowing first people to pay for some of the costs of quarantine, but also allowing private operations to come and convince that new agency that they can do a job as well, so we can get more people coming through the border," Goldsmith said.

Seymour said a two-week quarantine in a Central Otago resort, followed by open access to New Zealand, would appeal to plane loads of Americans, particularly as NZ is "not on the brink of civil war".

He said the idea private firms cannot be trusted is nonsensical.

"So they can fly you to New Zealand 10k in the air at 900km/h, but they can't keep you inside for two weeks, come on," Seymour said.

But both Tabuteau and Fletcher sounded the alarm over the plans.

Tabuteau said MIQ luxury lodges sound like a good idea at first, and might get a few hundred Americans "spending it up large", but they would massively compromise border security.

"I know from speaking to tourism operators here in Queenstown, if we lose our domestic market because we have to shut up again, we're going out of business," Tabuteau said

"It's really easy in opposition to talk about 'open up the borders, make it happen', but this community here are the ones who are going to have to deal with the fall out, and that's the reality of the situation right now.

"We all want to get back to normal, but for anyone up here to say they're going to pick a day and make that happen just makes no sense and it's dangerous."

Shaw made a similar argument, saying one-in-three of NZ's armed forces personnel are deployed at the border, along with police and health professionals.

To allow another route through would "open a chink in our armour".

"The best defence is a good offense when it comes to Covid-19, because we've seen the impact just from this recent outbreak that it has on the economy, particularly domestic tourism."

He expects Queenstown and NZ as a whole to have to rely on the domestic market for another 12-24 months. Any extra capacity in border facilities would be prioritised for workers, rather than tourists.

"We need to maintain that elimination strategy and take no chances at the border."

Robertson said the policy work on a trans-Tasman travel bubble had now been completed by both New Zealand and Australia, and the bubble is "incredibly important".

"Both countries are now moving to a position again where we can go back to where we were before what happened in Victoria and in Auckland.

"We'll keep continuing to build our capacity at the border. We've had 50,000 people come through. We've had a small number of incidents and absolutely it hasn't been 100% right, because nobody has had to do this before.

"We have that system working incredibly well now and as we build the capacity we can find room to be more flexible, but they'll be one thing I won't be flexible around and that is the health and safety of New Zealanders."

He said the outbreak in Melbourne showed why privately managed isolation and quarantine facilities were problematic.

Seymour said the relationships with other countries needs to be "risk-weighted" and New Zealand should compare itself to the best, such as Taiwan, rather than the worst.

Labour's policy would be to continue to support tourism businesses, as it had done through Strategic Tourism Assets Protection Programme funding, although Robertson accepted the frustration of some who'd missed out.

"This can't be the only way we look at how we support tourism, and it hasn't been," Robertson said.

"We've put significant resource in through the wage subsidy, through the small business cash flow scheme, and now we've got that public-private taskforce set up to be able to go to the next stage of how we continue to maintain a sustainable tourism industry."