How low can you go?

The number of roles available in the region has continued to plummet following a disappointing holiday season and ongoing uncertainty creating an environment where hiring managers are not in a position to either replace staff or take on new hires. Outside the construction sector, now the main source of options for those looking for a role, employers are still finding it a challenge to find qualified local candidates. 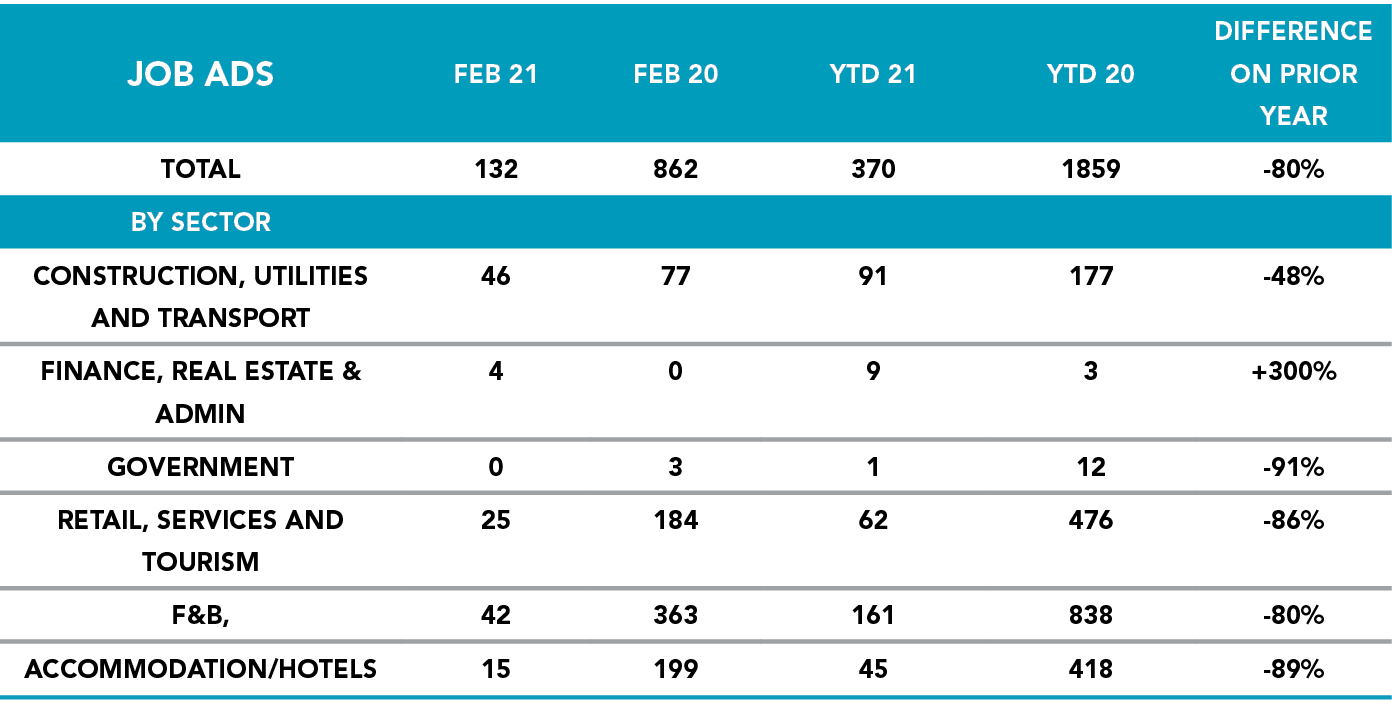 In February, 132 positions were advertised, 80% less than the year prior, just before the pandemic announcement. It’s also a 44% drop from January and reflects just how challenging the business environment has become. 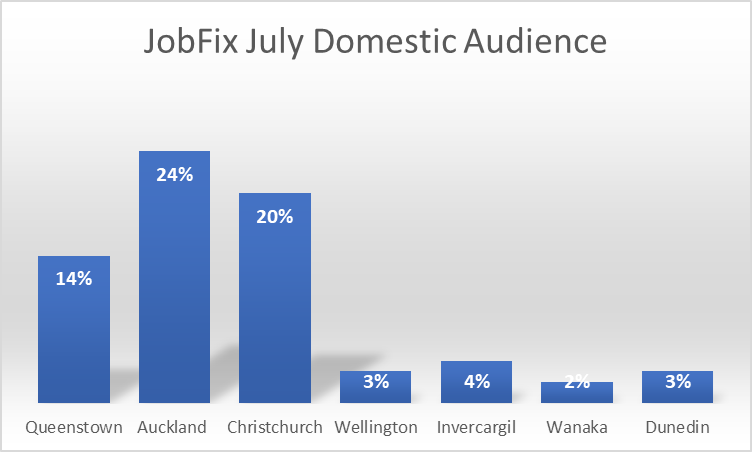 Seasonally February is the first month of the shoulder season which historically would continue through to the middle of the year before the ski season kicks in. Local economic conditions this year however could go either way making predictions more complicated than usual. Early signs in March do point to a slight improvement in business staffing confidence but it’s a long road back and many businesses are reporting a concern in their ability to attract staff for school holdays, winter or more significantly when a travel corridor with Australia opens up.

With Business confidence in free fall according to the Qtn Chambers survey conducted in February the issues surrounding the jobs market just mount up and working visa’s remain a major contributor to workforce staffing impediments.

There are never going to be enough New Zealanders who will call Queenstown home to fill the number of roles available in the tourism related sectors of the local economy. Our current unemployment rate is estimated at around 3% according to MSD figures from November, which is the latest available, though given how many local emplyers are potentially looking to still reduce numbers to stay afloat, this is likely to rise. With low levels of unemployment, employers will still require work visa holders in the near term.

Immigration have made some concessions including the relaxation on employer-assisted work visa holders who had their visas expire between January and July, have been automatically extended by a further six months. Working holiday visas were also extended by six months and the restrictions relaxed on the maximum duration of work permitted.

These visa’s often come with minimum hours or minimum pay rates attached which constrains local businesses capacity to effectively roster staff to meet the current environment. They also create contradictory outcomes where kiwis are given fewer hours or let go as a result of the terms of the Immigration NZ apply to visa’s.

The employment market is predicted to remain extremely quiet in the near term. Once the Trans Tasman corridor is opened, the situation may suddenly change, but in the meantime we wait!