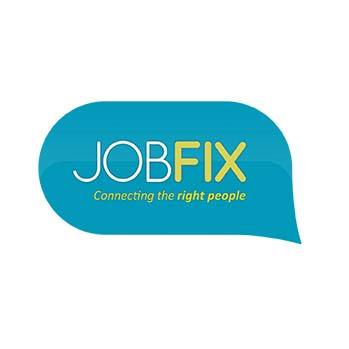 The JobFix newsletter headline back in March read – Heading into Uncharted Waters. It sounds quite prophetic now, and certainly, nothing has really changed in the 100 days or so since.

Back in March and prior to the Covid lockdown there was a school of thought that hiring freezes were being implemented as a slow-down was on the horizon.

That slowdown was actually the start of the global pandemic and New Zealand is incredibly fortunate from a health perspective at least, that we went hard and went hard and as a result, we are enjoying comparative a good level of socialising. From an economic perspective the economy is anything but rosy including some real employment issues looming at least until early 2021.

The JobFix data for June and July is terrible if you are a job seeker with the number of roles available shrinking by 70% from last year. Food & Beverage and Accommodation which traditionally are some of the biggest employers are down over 80%. The uncertainty means many potential roles are on a wait and see hold. Until Lockdown level 2 was reinstated August was ticking up from July. Time will tell if that confidence returns on the back of any announcement about an Auckland extension.

One area that seems to be holding up reasonably well, however, is the construction sector. Obviously, it’s both early days as the sector has a long pipeline and as such many inputs associated with the sector have remained robust. Secondly, the Government’s commitment to many projects there will be massive construction projects occurring across the region for the next few years. The real estate market has surprisingly remained buoyant, with high demand and robust pricing.

Holiday periods and the weekends have seen town very busy. Kiwis and those that remained during lockdown visiting and enjoying Queenstown once again. Hopefully, they will do so again, once we get through this second wave blip.

Nothing can make up the difference international visitors make to our economy. Australia’s second wave has unfortunately put the kibosh on the Trans-Tasman bubble anytime soon and the community outbreak has put the breaks on confidence and flights into Queenstown. Hopefully this is short-lived. While kiwis are spending at home, the pattern and values are different and as such the spend is focused in very different places.

Finding Staff is faster and easier except in construction.

Unsurprisingly, the local jobs market has been reset. Finding applicants has become easier for most positions and often attracts significant numbers of applicants. Finding New Zealanders however, doesn’t seem to be easier for many which given INZ tough stand on the issue may be a tension point for the future. The one area that remains difficult to find qualified staff once again appears to be in construction which is also the area with the biggest mover in job openings and now the leading area in job openings. 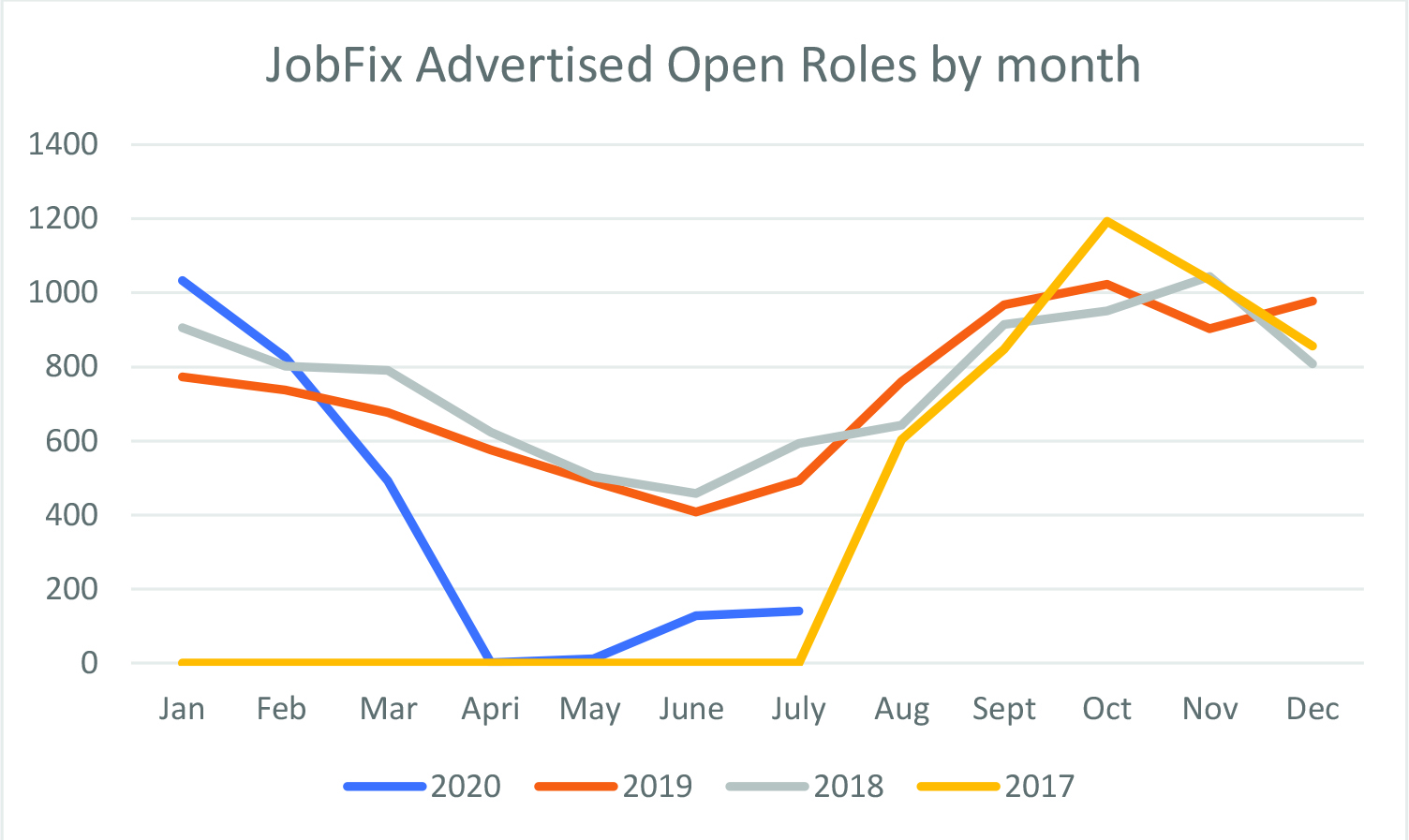 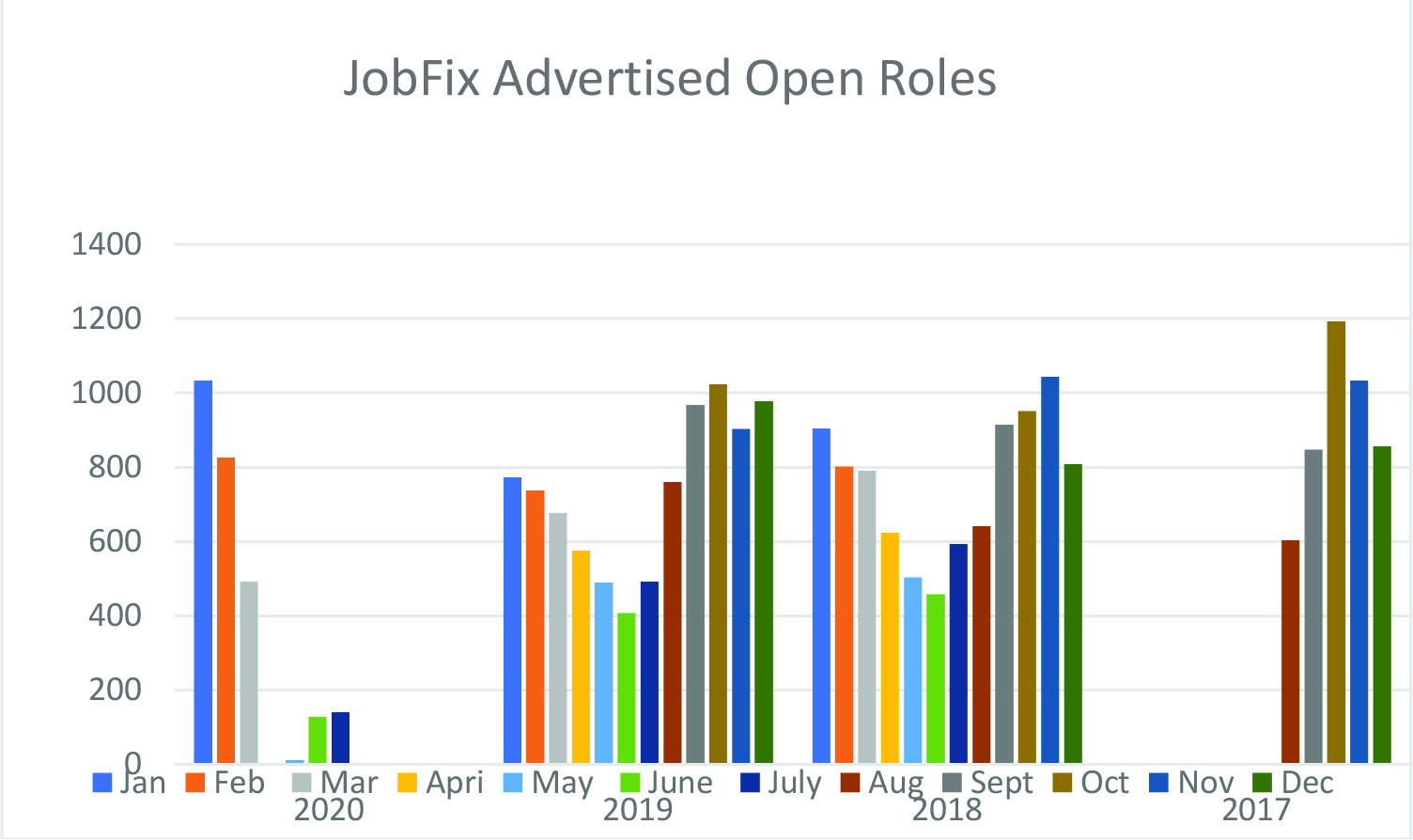