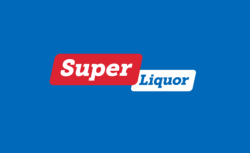 Super Liquor has a proud and successful history of liquor retailing throughout New Zealand. The Super Liquor name was first used in the late 70’s when John Butterfield established the name Super Liquor Man. In the mid 1980’s this became part of the Lion Group (LLR). LLR, who included the banner groups of Liquor King and Super Liquor, owned and managed the majority of the stores. In the early 1990’s LLR reviewed the Super Liquor Man brand and decided the image was no longer relevant and renamed the brand Super Liquor. From late 1992 onwards the stores were franchised by LLR who continued to manage the chain. In 1995 LLR decided to completely exit the management of the Super Liquor group but retain Liquor King. From there, Super Liquor Holdings was established in September 1995. The total group today is comprised of 165 stores.

We own 3 stores in Queenstown town centre.