What is Airbnb really doing to Queenstown? 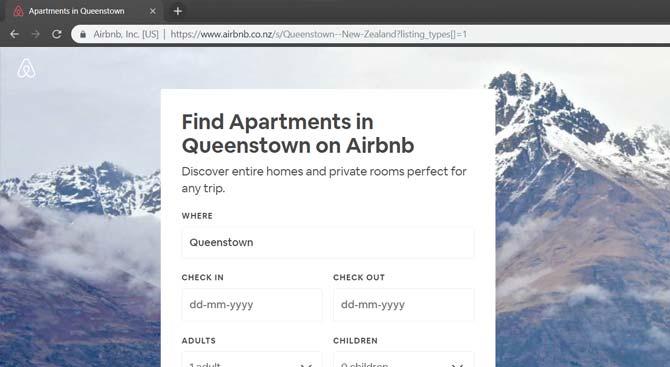 Every day, millions of people use Airbnb worldwide. The online home rental platform is hugely popular in Queenstown and this has had a significant impact on the accommodation market and its popularity has sometimes put it at odds with locals, businesses and the council.

In the decade since it was launched, Airbnb has amassed millions of rooms worldwide. On a recent search, there were more than 350 offerings on Airbnb available in Queenstown on any given night.

Based on my calculations, the average offering costs $310 per night, giving a nightly potential of in excess of half a million dollars in casual incremental upside income to the landlord and provided massive support to a cottage industry in the process.

But it has also created headaches for authorities, residents and especially employers.

Not least of which is:

On a positive note, Airbnb has been a significant contributor in opening up some of Queenstown’s neighbourhoods to tourists, which has spread the demand, eased pressure on tourist hot-spots and boosted neighbourhood businesses. This is not always popular with existing residents, who see increased noise, traffic and pressure on limited community resources.

Some fear property owners are switching from long-term tenancies to short-term rentals, which can be more lucrative, especially in the winter and summer peaks. The average nightly rate is sometimes what the property would earn from a long-term weekly rate.

Some highly sought-after tourism markets such as Amsterdam, Barcelona and even London have put strong restrictions on the number of days per annum that a short-term rental can be let. While 90 days is the norm, some cities are reducing this by half, or are halting holiday rentals in prime tourist areas altogether.

Looking at Airbnb on a global basis, there are more than 5 million listings across 191 countries on the site (according to Airbnb). That may not sound like a lot, but in comparison, there are only around 4.3 million rooms available in the top 5 hotel chains globally.

Airbnb is targeting 1 billion annual short-term renters by 2028 - imagine what that could do to the housing shortage, not to mention the impact on hotels (who have followed strict regulations to be able to operate) – rest assured, many landlords will avoid collecting any bed tax.

If Airbnb’s target is reached, Queenstown will feel the pressure and at some point, there will surely be a major crackdown locally or nationally to help limit, formalise and legitimise the presence of Airbnb as a permanent fixture. Perhaps even some of the tax funds could go towards solving our problematic lack of accommodation for long-term local workers.